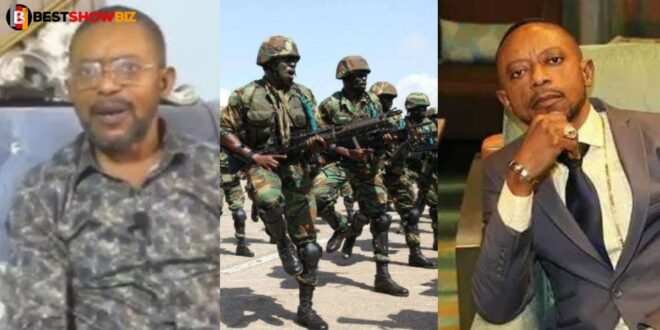 A woman who has a close relationship with controversial preacher Rev. Isaac Owusu Bempah has revealed some previously unknown facts about him to the world.

The woman revealed on GhOne TV’s morning show, GH Today, that the General Overseer of Glorious Word Power Ministries International travels around with soldiers on a daily basis.

She describes Owusu Bempah as a powerful individual. According to her, the well-known pastor travels around in a pickup truck surrounded by troops who are assigned to protect him.

In light of this, the woman, while speaking on television, publicly requested that the authorities examine the home and church of the “NPP Prophet” for any evidence of weapon cashing.