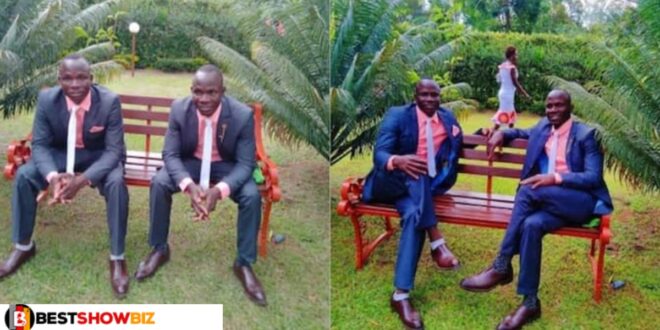 Benjamin Mukhwana and Jacob Mulongo, both from Makokha in Kenya, share startling parallels in practically every aspect of their lives. They scored the same grades in primary school, received admission letters from the same high school, and both joined the military.

Mukhwana, one of the twins, said that their professors couldn’t tell them apart when they were in high school.

“Some teachers became perplexed and assumed it was the same student jumping from one class to the next, so they decided to put us in the same class,” he told the news portal.

They went on to Kibabii University to complete a teaching course, but eventually decided to join the military.

Mukhwana claims that his and his brother’s girlfriends have mistaken one of them for the other on several occasions. He quickly added that the Bukusu culture, which forbids males from dating a former girlfriend of any other man with whom he shares a circumcision year, has kept them in line.

“We don’t stay at the same place,” Mukhwana explained, “but we stumble into one other so many times at the barbershop that one would think we agreed to shave the same day.”

He also mentioned how their children have a hard time telling them apart when they get home.

“Those kids are frequently perplexed. When we go home for the holidays, you should come over and see what we’ve done.”

Read Also  Vicky Zugah and her children's recent photos have been causing a stir on the internet.

Mukhwana claims that the relationship between him and his brother began in infancy, when their mother was forced to take both of them to the hospital even though only one of them was sick, or else she would come home to find the other one was also sick.