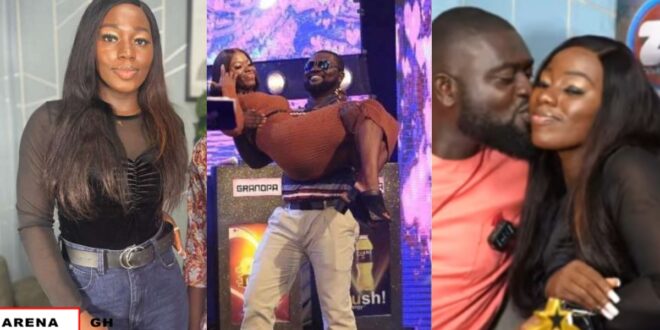 Our relationship has ended in tears, Susana blocked me – Grandpa Of DateRush reveals

Susana and Grandpa, who were teamed up in last week’s episode of the famous DateRush show, have gone their separate ways.

The pair, who are no longer a couple, revealed in an exclusive interview with Zionfelix on Zionfelix Uncut that they are now friends because their relationship did not work out.

Susana, according to Grandpa, was persistent and strong-willed, prompting him to take the drastic action of banning her on WhatsApp for the majority of the time.

Susana, from the other hand, was so frustrated with Grandpa’s lack of focus that she wanted to not only block him but also uninstall his phone number forever.

Read Also  Singer, Simi shares beautiful photos of her daughter who is one years old today

Grandpa revealed that he went on Date Rush for the fame, while Susana was there to find love, when asked about their real motivations for being on the show.

Susana’s mother had to intervene to get Grandpa to speak to her again because their friendship was too toxic.