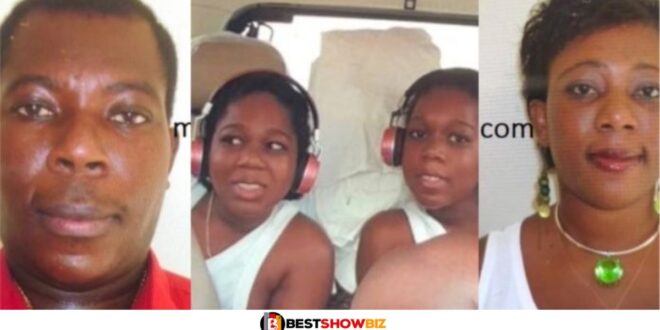 A couple’s children were discovered dead in their home in the Ashanti Region’s Abuakwa Maakro. One of the kids has come forward to explain why they stopped eating.

The child claimed they stopped eating because their parents told them “food was a curse.”

Jackson and his brother were taken to the Abuakwa Polyclinic after being discovered unresponsive.

According to Citi News in Accra, the two children had regained consciousness and were in stable condition.

When police arrived at their rented flat on July 27, 2022, they discovered Samuel Jackson and his wife Ernestina Jackson dead in their room.

The police also discovered the two children in the apartment and saved them.

The couple’s oldest son appears to be traumatized and unable to communicate effectively at the moment.

According to the younger Jackson, their refusal to eat was motivated by religious beliefs.

The youngster went on to say that they occasionally ran out of food at home but were unable to leave because their flat was locked.

“We were not eating because our parents said food was a curse. That’s because they were worried over something. Now we know it. If you want to put the curse out of the food, you have to first pray and then eat. Our parents were not eating too.”

“We run out of food for many days, and we became weak. The Police came to our house and took us to the hospital. They took my mum and dad to the other hospital and brought me and my brother here”.

Dr. Mensah Manye, the medical superintendent of the Abuakwa Polyclinic, stated that when the two children, aged 11 and 13, were brought to the facility, they were dehydrated and very weak.

“When they came, the assessment showed they were severely dehydrated. They had grown very lean. It was only their bony frame that was showing. That shows the extent of weight loss they’ve gone through. They could not talk or walk. They couldn’t do anything. They lost a lot of fluid. We worked to resuscitate them,” he revealed.

Meanwhile, the Ghana Psychological Association (GPA) says it will offer free psycho-social services to the children.