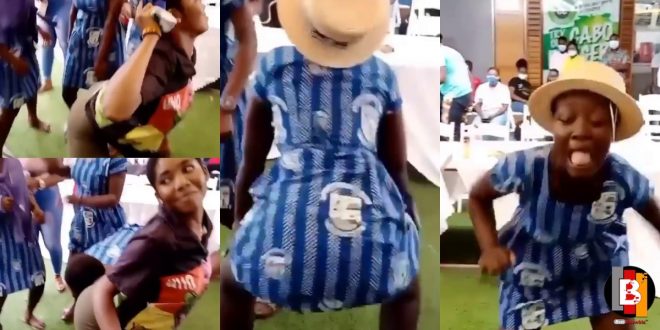 Social media has been blamed for the bad behavior of our youth these days but there are a lot of positives to it.

There are some people who use the power of social media for Good whiles others use it to fool.

A video has gone viral which shows some SHS girls giving entertainment to a public audience by tw3r.king and doing some seductive dance moves.

The video has attracted a lot of backlash on social media because how the girls acted was not seen to be of good moral value.

There voices in the background of the video that suggested the girls will be sacked, yet they cared less about the consequences.