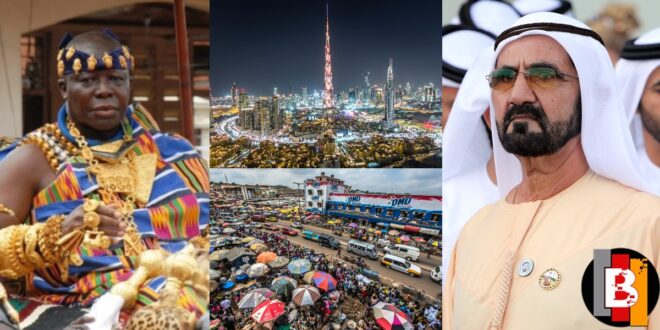 Otumfour has failed the Ashanti Kingdom, just look at what Dubai’s ruler has done.

In a viral video, Jonas said that the Asantehene appears to be against galamsey in public but secretly supports the vile practice to benefit himself.

Nkwantakesehene Nana Yaw Boakye Ababio, in response to the derogatory remarks, stated Jonas should fly from the United States to Ghana and seek forgiveness, or face the full wrath of the Asante kingdom.

The Asante kingdom’s stance has sparked outrage on social media.

Some social media users have dubbed the Asantehene a failure for presiding over a non-developing country.

To back up these arguments, they likened the Asantehene to the ruler of Dubai.

Some of the reactions are listed below.