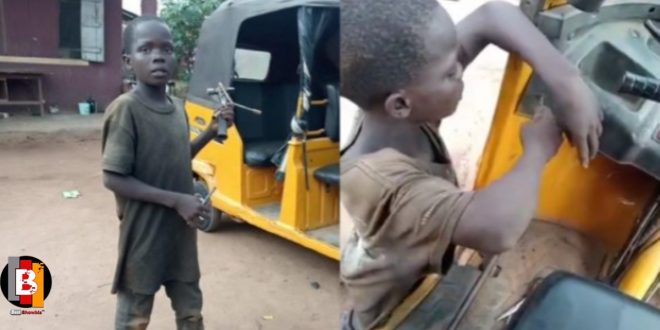 “I’ve Been Praying For A Helper” – Young Orphan Boy Says He Wants To Go Back To School | Video.

A Nigerian Twitter user [AnatuGreen] who stumbled on a barely 12-year-old orphan boy, who is learning to be a mechanic, got touched into sharing the boy’s story on social media.

The orphan boy who identified himself as Lekan Ashamuhas cried out to the world to help him achieve his dreams of going back to school.

The boy explained that both of his parents died which was why he had to drop out of school – however, he has been praying for a helper who would take care of his educational needs.

Anatu Green after meeting this innocent poor boy called on social media users to help him help the boy. He indicated that a crowdfunding account will be opened for Lekan’s education. “The plan is to raise at least 5 million and put it in an education trust fund account for him. Fund will be utilized gradually over the years.”