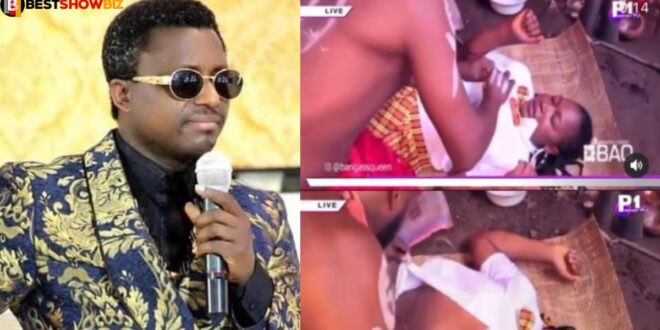 When a popular explicit content was nearly transmitted, one of Opambour’s preaching on his television station was almost transformed into an explicit show.

The video is one of Nigeria’s most popular Pono movies on the internet, in which the male actor, who usually dresses as a fetish priest, almost gets into intercourse with the female actress.

Opambour, who was preaching against some of these fetish priests’ actions, particularly those who go about sleeping with their customers, sought to incorporate the film into his sermon.

He then issued an order to his programmers to stop broadcasting the video live on television in an amusing manner.