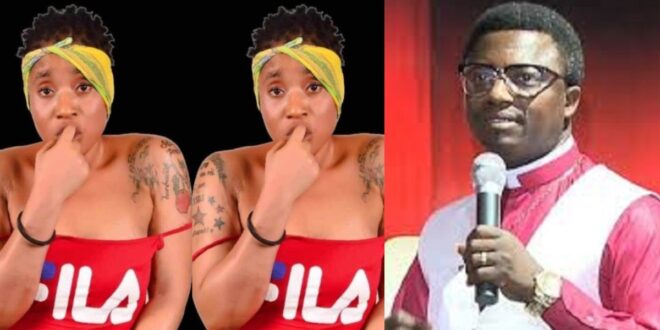 As we reported earlier, Ama Broni a beautiful slay queen has been trending on the media following her unfortunate death.

as rumors claim she died after being electrocuted while others also claim she died out of excess f!ngering Rev. Opambour of Ebenezer Miracle Worship Center has drop more secrets concerning her death.

according to the man of God who is nicknamed Prophet 1, Ama Broni is from the marine world which is why she went naked and does bad things on the media.

he further revealed that Ama Broni had already finished what she was assigned to do by the marine world therefore her death shouldn’t be a shock to anyone.

while speaking, Opambour advised the youth to learn from the sad demise of Ama Broni and stop posting notorious things on social media.