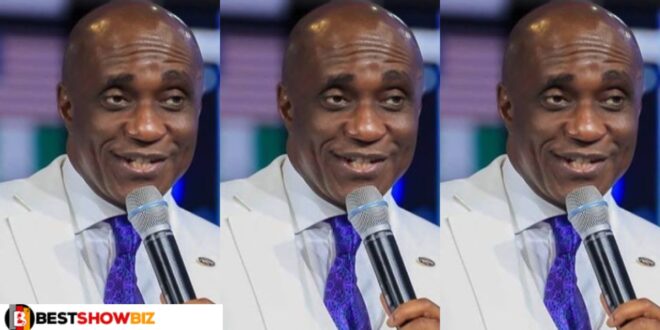 David Abiyemie, a popular Nigerian pastor, believes that anyone who allows his or her phone to ring in the church is poor and has a poverty mentality.

During a sermon at his church, the founder of Salvation Ministries stated that such a vile attitude can never be found among wealthy people.

In his own words

“anyone whose phone rings in church is a poor man; his thinking is poor. Rich people don’t switch on their phones in church because they don’t want anybody to disturb them.

“But poor people switch it on because they want alert; It is a sign of poverty. You will never see a wealthy man switch on his phone in church, he will say, ‘I want to hear something that will help improve my life’. But the poor will say, ‘make I see if somebody go send me money.’ It is a poverty mentality. You are in a church where the poor come and become wealthy.

“Off your phone but if your phone rings you have signed up for poverty. Your mentality is poor, it’s not money in your pocket yet. Somebody say I hear

Read Also  A man honors his girlfriend, who is serving a 20-year prison sentence for being faithful to him.
Share