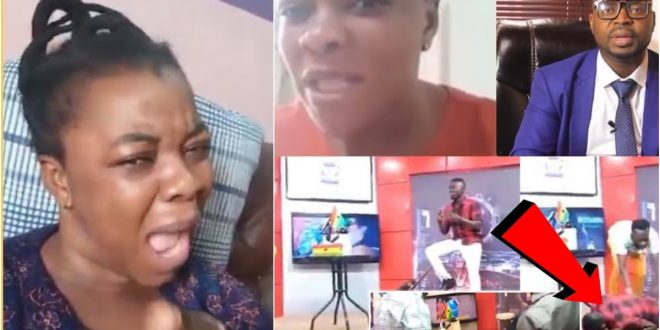 A young Ghanaian musician and guitarist, identified as Prince Opoku Gyamfi aka Mr. Prince have collapsed on a live TV during an interview.

well, in the video as we sighted, the musician was granted the interview on Kessben TV and felt dizzy when he was talking about his achievements.

he was seen holding his head while he pause when talking and as the presenter asked what was wrong with him, Mr. Prince was already on the floor.

the producers and managemnts in the studio rushed to him and made sure he was okay and took Mr. Prince to the hospital.