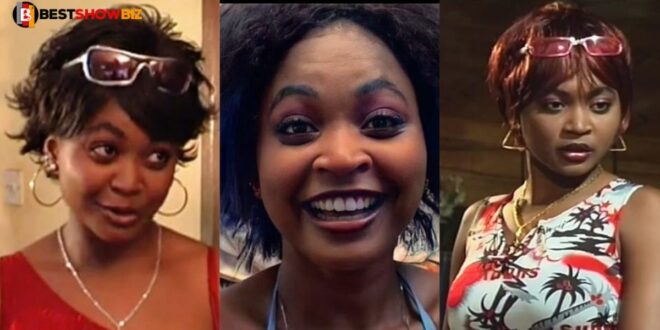 Old videos of the late Suzzy Williams demonstrating her acting abilities proves she was one of the best (+Video).

Even though Suzzy Williams passed away more than 16 years ago, her legacy as one of Ghana’s most gifted actors continues to live on as a result of her work.

Several people were taken by surprise when the young, effervescent actress made her debut in the film “The International Prostitute,” in which she played the starring role.

Besides having a stunning physique and a cheerful demeanor, Suzzy Williams had a strong likeness to Nana Ama Mcbrown, to the point where some people believed they were siblings.

When she was younger, she attended Tema Secondary School, where she was a member of the drama group and performed in many entertainment programs.

In 2005, Suzzy Williams passed away on the 8th of September. She died while she was only 23 years old.

Suzzy has been in films such as “Bloody Mary,” “Calamity,” “The Comforter,” and “Mother’s Heart,” among others.

Her acting career began with the African blockbuster film Together Forever, which was written by Ghanaian producer and screenwriter Leila Djansi, who now lives in the United States.

Take a look at this vintage footage of her from the past: