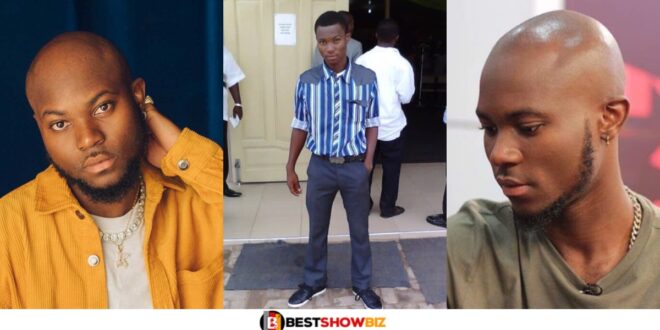 King Promise has been thrust into the same predicament just a few hours after his predecessor, KiDi, was thrust into the public eye for the wrong reasons after some pranksters dredged out his previous, damaging tweets for the sake of apparent propaganda.

Before the clean-shaven artist became famous, he sent a string of tweets in which he leveled criticism at a number of specific people, just like KiDi had done.

King Promise may have started deleting the posts one by one to avoid being dragged, but despite his efforts, two of the things he said that could be used against him were still in the hands of some people.

Read Also  Beautiful girl d!es after taking in sniper because of heartbreak (video)

One time he did this was when he said something about Nana Akufo Addo that made it sound like corruption was written all over his face.

The other tweet, on the other hand, is invigorating and offers a radical break from the first one.

He praised Davido and Wizkid and admitted to looking up to them, implying that he aspired to be as successful as they were in the not-too-distant future, which proved to be the case.