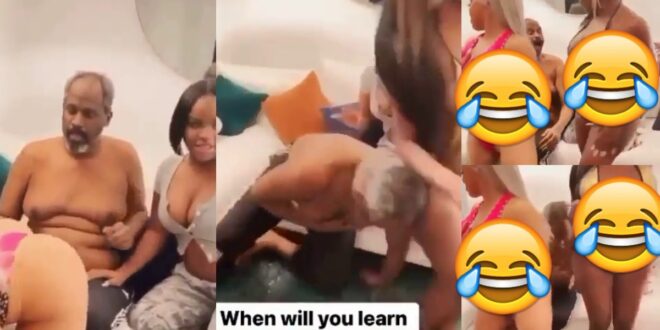 Three slay queens finished an old man’s life with hot and wild tw*rking, according to a viral video circulated online.

In a video obtained by bestshowbiz.com, one lady was seen taking money from the old man while inviting the other two ladies in to tw*rk for him.

Out of over-excitement during the heated tw*rk, the guy dropped flat on his face on the concrete, appearing unconscious.