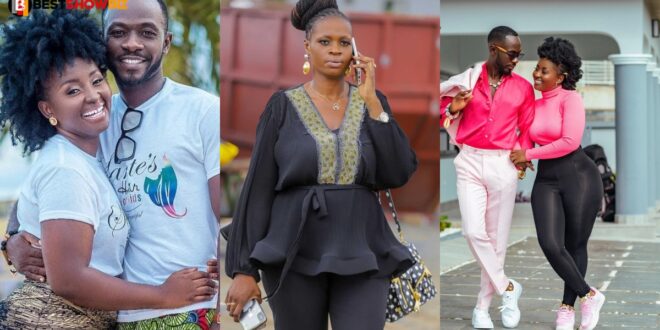 You would not be far off if you described Aisha Modi as Shatta Wale’s feminine counterpart.

This moniker has recently been solidified as a self-proclaimed Stonebwoy supporter took her ‘insanity’ to Okyeame Kwame’s doorstep, alleging that his wife Annica stole $3,600 from her and has shamelessly refused to repay her.

Annica Apau, according to Ayisha, called her many years ago while she was in the United States to ask for financial aid.

She went on to say that the rapper’s wife had asked for $3,600 to assist her in clearing some items at the port.

She thus urged Annica to reimburse the money as soon as possible, and warned her that if she claimed she never took any money from her, she had audio recordings and documents to back her up.

Listen to Aisha’s words in the audio player below.