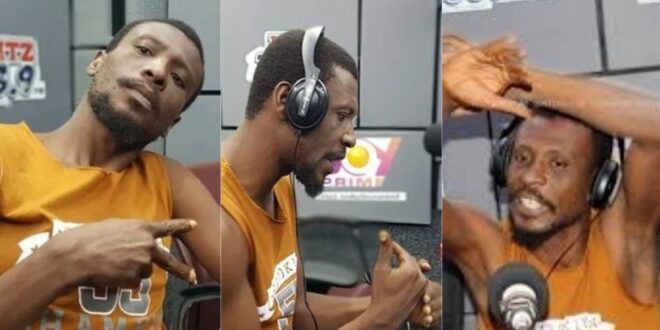 we have chanced on a video of renowned Ghanaian rapper Okomfour Kwadee driving in town with his girlfriend after coming out.

Kwadee was taken to a rehabitaion center some time ago after sad photos of him surfaced the internet.

former rapper who has turned into an Evangelist, Lord Kenya took Okomfo Kwadee to rehab after his ‘lean’ photos hit online.

well, in a new video, Kwadee has been seen driving normally with his girlfriend.

the lady who claims to be the girlfriend of Kwadee videoed themselves as she claims Kwadee is never mad and to those who think he is mad they are the ones out of mind.

the unidentified self-acclaimed girlfriend claimed Kwadee is going to drop her somewhere and that, Ghanaians should watch out for their wedding.

indeed, the video shows Okomfour Kwadee is pretty well since he was able to drive and talk normally.

below is the video.