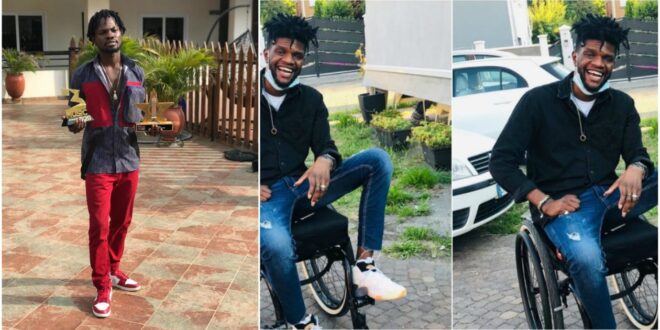 “I only wanted to put fear in Him”- Ogidi Brown reveals why he sent Fameye to Antoa.

a few weeks ago, the feud between fameye and his former manager Ogidi brown escalated and it got so bad that Ogidi brown went to antoa to invoke curses on fameye.

The misunderstanding has to do with Ogidi brown wanting to get $50,000 from fameye for helping him reach the limelight some years ago.

Ogidi Brown has for the first time spoken about what went on and what motivated him to send fameye to Antoa.

Speaking in an interview with Media General’s Akoma FM, Ogidi Brown revealed that he has no intention of killing him through the gods, but he went to antoa to put fear in fameye so he would pay him the $50,000.

Ogidi brown added that the argument started a long time ago and it is his lawyers that have delayed the proceedings of the case to get the money from Fameye.