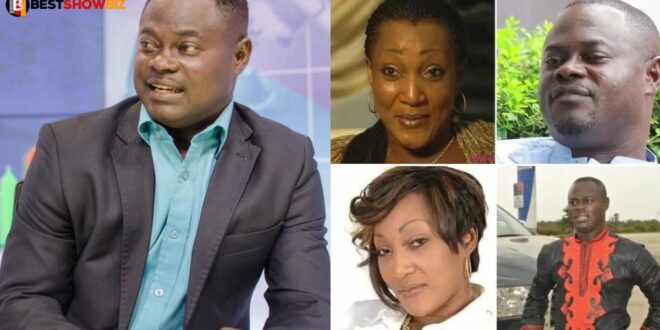 Gloria Lamptey, the ex-wife of former Ghanaian player Odartey Lamptey, appears to feel entitled to all her ex-husband has, and we are starting to understand where this feeling of entitlement comes from.

Mr. Odartey Lamptey divorced his wife after discovering that none of his three children were connected to him, and it has been a seven-year fight for his assets.

Gloria has ordered her attorneys to submit one last appeal after the court dismissed her second appeal, which demanded that he be granted his 7-bedroom condominium in East Legon (among other absurd demands).

Sources close to Gloria Lamptey have revealed some shocking details about why she is so adamant about obtaining Odartey Lamptey’s assets.

Mr. Odartey Lamptey, according to an anonymous buddy of the footballer’s estranged wife, was a chronic adulterer who knew the children were not his the entire time.

The troubled player is said to have been a “nobody” when he met Gloria and squatted with her for five years before obtaining his own home.

He is also accused of having extramarital encounters with Freddie’s Corner CEO Mr. Alfred Korlie Matey’s second wife (who was Gloria’s close friend), which resulted in her being fired from her own married house.

Apart from that, Odartey Lamptey slept with the majority of Gloria’s pals. Gloria Lamptey is being made out to be a money-hungry Jezebel, according to them, since she has not come forth with her side of the tale, and there is a lot we do not know.