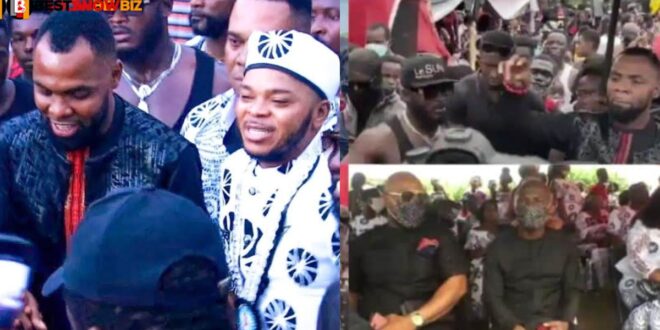 Obinim and Obofour’s bodyguards fight dirty at the funeral despite their bosses reuniting.

Bishop Obinim and Rev. Obofour’s recent reconciliation was nearly ruined when their bodyguards got into a near fistfight when they reunited at obinim’s father’s funeral.

According to certain web recordings, the two preachers met for the first time yesterday after their previous quarrel.

Both pasters were accompanied by beefy bodyguards when they decided to hit the dancefloor together and show off their dance talents, as seen on social media recently.

However, a misunderstanding occurred while they were sharing the wonderful moment, resulting in a scuffle between their bodyguards. The bodyguards were later separated, and the situation was returned to normal.