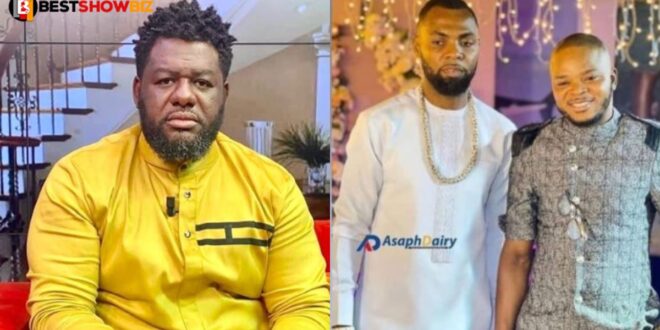 “Obinim and Obofour are entertainers, they are not men of God”- Bulldog (video)

Bishop Daniel Obinim and Rev. Obofour, two of Ghana’s most outspoken men of God, have been described as entertainers rather than the pastors they claim to be by artist manager Lawrence Nana Asiamah Hanson, better known as Bulldog.

On Saturday, September 4, he made this claim while appearing on United Showbiz, a weekly entertainment show hosted by Abeiku Santana on UTV.

The Bulldog compared the activities of both pastors in demonstrating their true unity to those of showbiz celebrities.

Teacher Kwadwo and the other panelists on the broadcast burst out laughing at his comments.