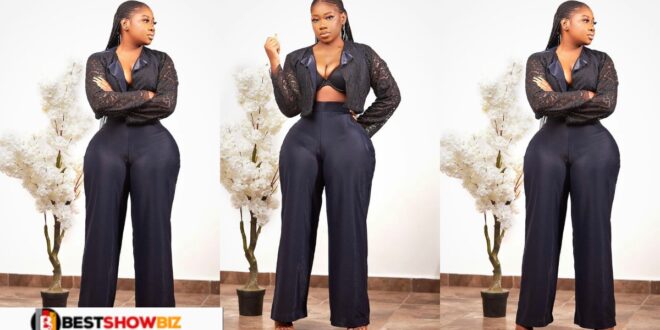 Following the release of new photos that revealed her newly acquired curvy shape, Shugati, an established Nvde model in Ghana, has left many people in awe.

The Nvde model, which was previously unknown to have such curves, has unexpectedly developed and obtained these heavy curves, surprising internet users.

Yvonne Nelson once wrote on Facebook that only one’s mother and a doctor could get one in such shape.

Shugati was recently photographed with huge, visible curves that she did not have before, prompting speculation as to whether she had ‘Obengfo work’ done on her or if it is just daily exercise and waist trainers.

below is her new photo;