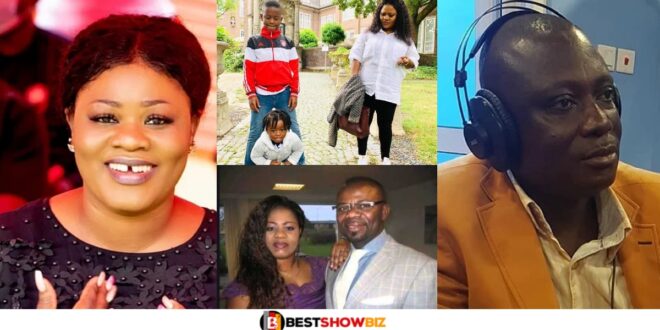 Obaapa Christy’s ex-husband, Pastor Love Kweku Hammond, asserts that he has not seen the last child he had with Obaapa Christy for more than 10 years

On the M’ahyease TV program, Pastor Love stated to Afia Tamakloe that he has attempted to employ additional strategies to encourage her to change her mind because he wants to have a relationship with his child, particularly given that she is in charge of all three of their children.

He said that he had chosen to be patient over the years and had tried to get in touch with Obaapa Christy through close friends, but she hadn’t done so yet.

Read Also  "I sold second clothes to help my family when I was young"- Obaapa Christy narrates her hard life story.

However, the Action Grace Chapel’s senior pastor made the observation that if Obaapa Christy persists in creating a barrier between him and his child, he will be forced to seek out alternate options, which may result in more problems.

The couple were married for four years before finally getting a divorce after a particularly challenging divorce in court.

Pastor Love had said before that he was happy with how often he got to see his kids.