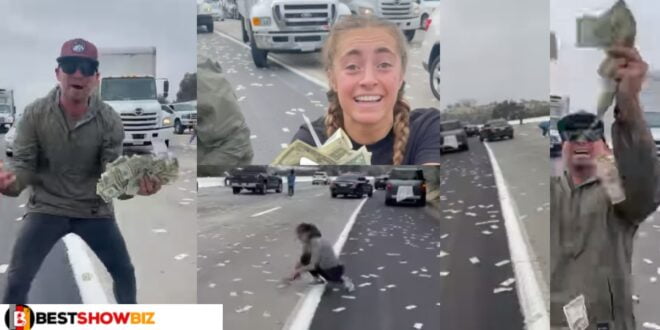 Nowhere cool: See the moments People parked their cars in California to pick money on the floor after bullion van mistakenly opened

Many people on a California highway caused a traffic jam after abandoning their cars in the middle of the road to pick up money.

It all started when a Bullion van loaded with a lot of money unexpectedly had a part open, allowing huge amounts of dollar notes to flow in the middle of the road.

A section of the video showed a man with both hands full of dollar bills, screaming excitedly, while others were also busy packing the cash.

Meanwhile, according to a Fox News report, some of the people who packed the cash were arrested.

Watch the scene in the video below.