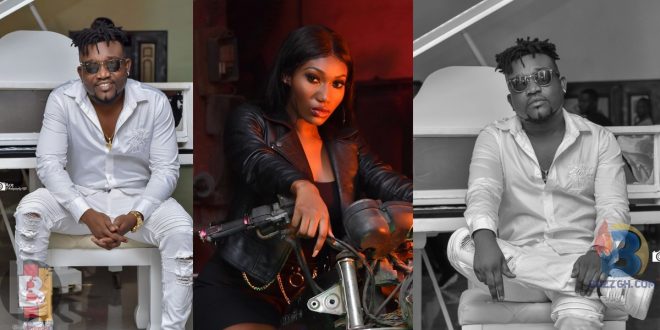 Recently the artiste manager for Shatta Wale revealed the reason why he is not into managing females. According to him, he wants to be free of the temptation of sleeping with them as such an act is not formal.

Reacting to this revelation made by Bulldog, the CEO of Rufftown Records, Ricky Nana Agyemang aka Bullet has revealed that he sees nothing wrong with an artist manager having sex with the female artiste he’s managing.

It’s an open secret that most artiste managers sleep with their signed acts. We have heard rumors of Bullet and the late Ebony, Bullet and Wendy Shay, eShun and Stephen Mensah, Richie, and Eazzy amongst others.

Read Also  Sista Afia ‘attacks’ popular photographer, pulls a gun on him - This Is Why

Speaking on UTV, Bullet told host Nana Ama McBrown that says there’s nothing wrong with it.

“If a manager decides to date a female musician signed under his record label that is cool and I personally do not see anything wrong with it,” said bullet.

He added that the only thing repulsive is when the manager demands to sleep with his potential artiste before signing her.

“The only problem I have with some managers is them asking female musicians to sleep with them before they help them, that’s very wrong.” bullet added