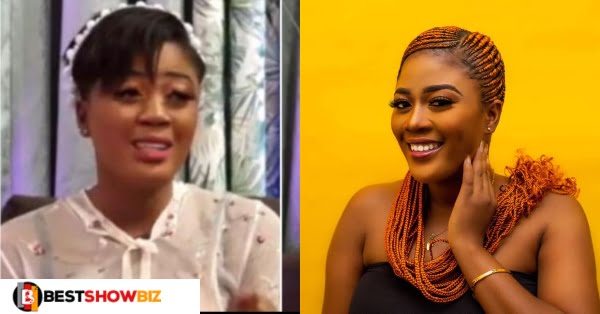 “Northerners And Ewes Have The Sweetest D!*cks In Ghana “- Ama Serwah

Ama Serwah, a Ghanaian actress and fashion designer, has said that the greatest guys in Ghana with the best and sweetest p3nis are ewes and northerners.

During an interview with Etv, Ama Serwah said that all other tribes are wonderful in bed, but the folks from the volta and northern regions are the sweetest.

According to her, the size of their manhood has no bearing on the s3x, but the way they make you feel while they’re on top of you makes them the loveliest individuals to have s3x with at any time of day.

“Ewe men and Northern men, whether they have a big penis or small, are good in bed. You can come across a very tall, muscular ewe man with a very small penis but when you have sex with him, you will be amazed”, she said.

Ama Serwah, a commentator on the ‘In Bed with Adwen’ show, went on to say that the size of the p3nis doesn’t really matter during s3x, but how the person makes you feel while the act is going on does.