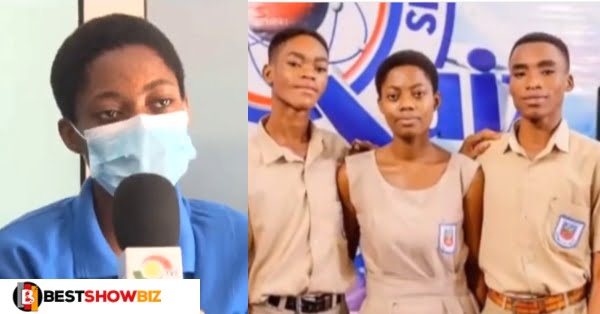 KETASCO finished third in the recently ended National Mathematics and Science Quiz, with Prempeh College claiming bragging rights, but they remain a team to talk about thanks to one individual, Francisca Lamini.

The clever girl stunned many with her performance and earned numerous accolades, including the opportunity to travel to the United Arab Emirates with the champions.

The possibility drew numerous criticisms, and the young girl declined the opportunity to fly abroad without her teammates.

Francisca’s actions appear to have snatched up an opportunity for her colleagues to also board the flight to Dubai.

One social media user responded to this by claiming that if one of the guys was given the same chance as Francisca, there was no way he would fight for the surviving comrades.