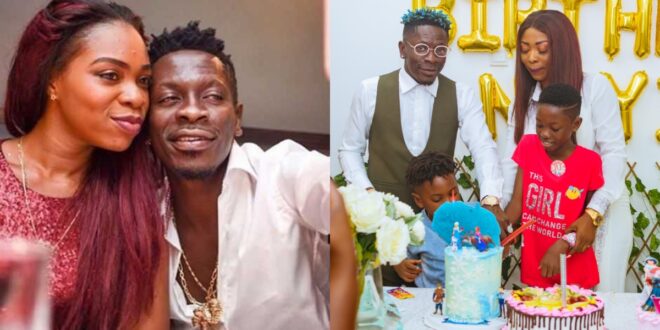 “None of my baby mama’s appreciate me”- Shatta wale

Ghanaian dancehall king, Shatta Wale, has expressed his displeasure at how little the women he dated seemed to appreciate his efforts.

Until now, the dancehall artist has avoided talking about his prior romances, despite Most of the time, the accusations leveled against him are from his baby mamas.

Even though he has children with some of the women he has had relationships with previously, Charles Mensah Jnr, as he is called in real life, said in a Facebook post that these women didn’t treat him well enough and that led to their breakups.

The “Levels” singer also disclosed in the same post that he plans to start an initiative to help single mothers in the country.

According to the controversial musician, he has a soft spot for babies and hates to see a baby mama suffer to take care of them and that sometimes moved by a strong urge to assist such mothers when some cross his path but has no idea the support to give.

As part of a social media campaign, Shatta encouraged his supporters to come up with suggestions for how to aid single moms and if they agreed with his plan.

He wrote; I want to support as many baby mothers I can, I don’t know but I feel I need to .. I was never appreciated in my past relationships and anytime I see girls with baby’s I feel like giving that support to them … What do you think .. Tell me if it’s right or wrong .. I just love babies

Read Also  "certificates are worthless in Ghana, it is better to work and get money" – Osebo (video)