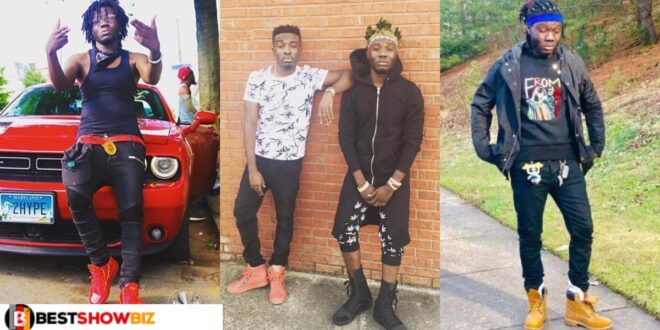 Nobody will sacrifice his life for you again-Showboy To AMG Boss, Criss Waddle

Showboy, a Ghanaian-American musician and former AMG business partner, has revealed that crisis waddle will never have anyone die for him again.

Showboy, who is currently serving a prison sentence for a crime he committed, revealed that Medikal, Criss Waddle’s protégé, would choose Shatta wale over Waddle any day because Waddle does not show genuine love.

Waddle, he claims, has had no impact on the medical community in terms of promoting him, as the media has been led to believe.

Medikal and Shatta wale’s love is stronger than Medikal’s love for Criss Waddle, according to Showboy.

Showboy claimed in an Instagram post on Thursday that he is currently serving a prison sentence and suffering for Waddle, but that he lied about him.

Read Also  Between Maria Yayra and DJ Switch, who is the more beautiful? (photos)