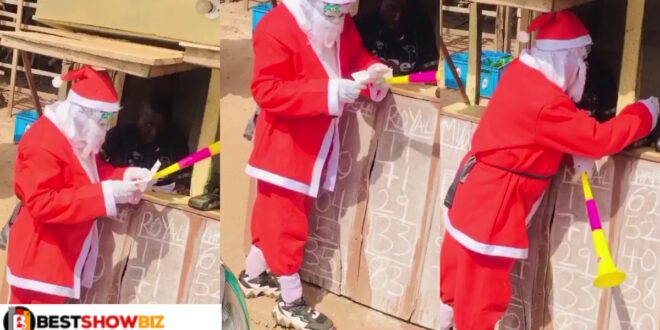 The current state of the country has resulted in a father Christmas who is supposed to be handing out goodies and presents staking lotto tickets to feed himself.

The video, which quickly went viral, showed Father Christmas standing in front of the lotto kiosk, checking for the numbers that were given to him after staking the receipt.

A close inspection of the receipt revealed that Santa was tearing it up after learning that his numbers had not won on the board.

He tore all his lotto slips and headed his way in a split second after realizing he had lost.