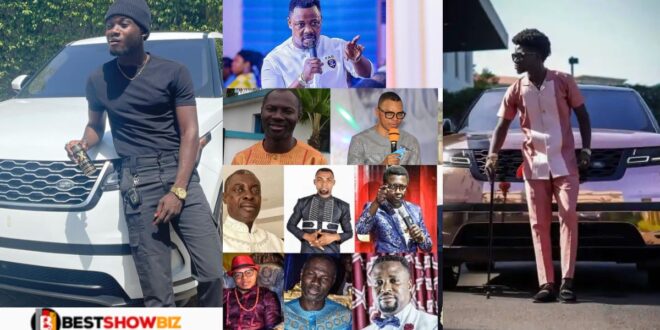 Kuame Eugene has stated that when Ghanaian businessman Dr. Kweku Oteng presented him with a Range Rover, no prophet saw it coming and openly discussed it, as they do with their doom prophecies.

Remember that the business billionaire gave the Rockstar a sleek white Range Rover Velar a few months ago in exchange for establishing a good relationship with him in the last few years?

Kuami Eugene bought a new Chevrolet Camaro three months ago before getting this new Range Rover, making him the newest Ghanaian celebrity to join the likes of Shatta Wale, Sarkodie, Nana Aba Anamoah, and Becca in owning Range Rovers.

To that end, the singer said in the Hitz FM studios on Monday, October 25, that he prophesied to himself in one of his songs that he’ll soon be the proud owner of a Range Rover, something no prophet predicted.

He said this during a conversation about doomsday prophecies and the case involving Shatta Wale and Jesus Ahuofe.