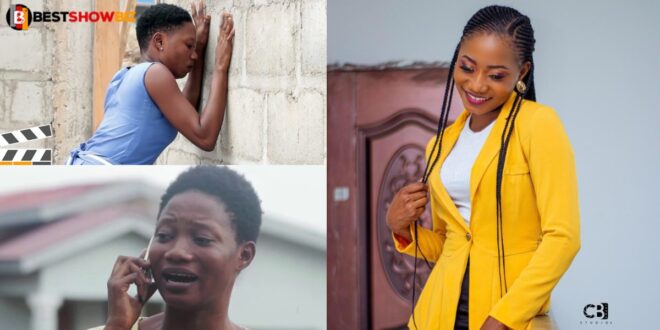 Maame Esi Forson, a Ghanaian actress and producer, has expressed her dissatisfaction with the image that her former manager created of her.

In an interview with ZionFelix, the comedienne discussed her current work situation with Na Kay.

When Zion inquired as to whether her previous manager was responsible for who she is today, she said it was not true.

Esi said that she had compensated him for his services.

In her own words, she served as the executive producer, whereas Na Ka was responsible for the technical aspects of the production.

The outspoken entertainer asserted that they have now progressed.

If her former manager, on the other hand, brings in any work, she will charge for it and complete it.

Watch the whole interview with Maame Esi with ZionFelix in the video below.