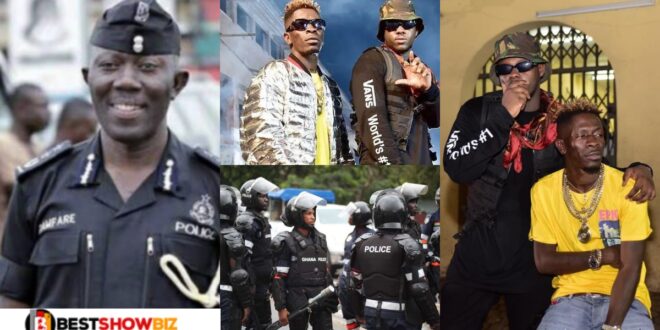 The Ghana Police Service has issued a warning to all participants in the country’s free shatta campaign, which is presently underway.

Superintendent Alexander Obeng, Director of Public Affairs of the Ghana Police Service, stated in response to the musician’s detention that everyone involved in the campaign should counsel themselves to prevent getting detained.

According to him, Shatta Wale is not above the law and must be dealt with when he violates the law in the country.

He went on to say that if Ghanaians can create a hashtag for Shatta, they should do the same for the armed robber who was apprehended at Adieso yesterday with a large number of firearms in his possession.