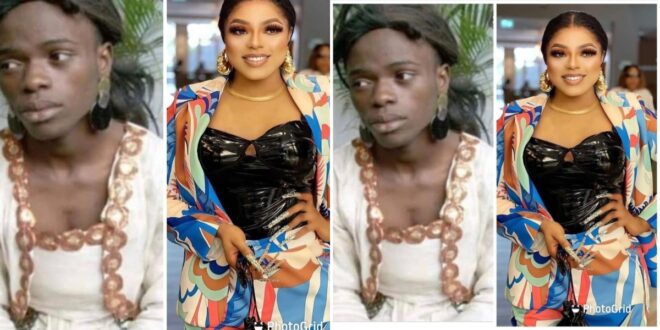 “No one is ṳgly; you just need money”- Bobrisky says as he shares throwback photo

Nigerian Cross Dresser Bobrisky has shared a throwback photo of himself showing how he used to look.

Bobrisky has been in the news for a while now after she had a snafu with his former best friend Tonto Dikeh. The fight between the two was so bad that they ended up revealing deep secrets about each other.

Bobrisky also revealed how Tonto borrowed money from him and refused to pay.

Anyway, Bobrisky, who has successfully transformed himself into a woman, showed how money played a major role.