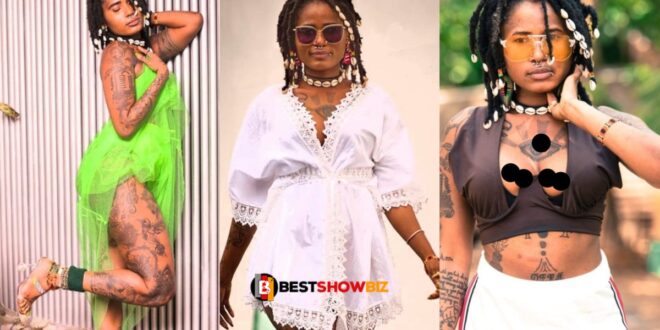 Labena, a rapidly emerging Ghanaian musician, has revealed that she is just attractive and that she possesses the ability to make guys fall in love with her.

As she remarked in an interview with ZionFelix on the “Uncut” Show, the rising musician believes that if she decides to sleep with him, no man will be capable of saying no to her.

However, Labena, who goes by the name Lawrencia Lamptey in her private life, was adamant about not disclosing her identity. She was adamant in her refusal to reveal the secret to her allure and the reason why men are powerless in the face of her.

Labena also revealed that she possesses both the male and female reproductive organs, which distinguishes her from the crowd.