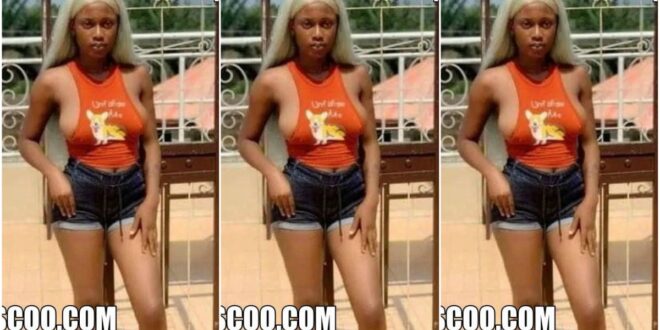 ‘No man can handle me for more than 30 seconds”- Slay queen challenges men.

A slay queen has challenged men on Facebook after she made a post saying no man on earth can make love to her past 30 seconds.

According to the slay queen whose name is Ify, she has a very sweet ‘toto’ and for that matter tends to make men ejaculate prematurely giving her the ultimate advantage to the challenge she has thrown.

After she made the post on Facebook, many men have taken to her account via messenger to send her messages asking for a chance to prove themselves and their sexual prowess in bed.

Her statement shows how sexually driven this age of young people are, sometimes slay queens make these statements in other to get into the news and gain some popularity.

see her photo below.