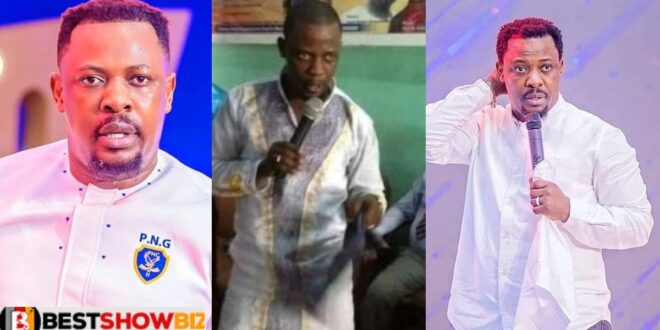 To thank God for everything that he has accomplished, Prophet Nigel Gaisie, founder and leader of Prophetic Hill Chapel, has released a picture of himself from about a decade and a half ago.

On his Facebook page, Prophet Nigel spoke about how God used his humiliation to inspire him to do great things for Him.

Since he started his ministry, Prophet Nigel has been one of the country’s most criticized religious leaders. He was even accused of having some romantic affaire with vocalist Mzbel following a fight between the two. Despite his involvement in several issues, Prophet Nigel continues to gain followers on a regular basis.

What brought him to fame in the mainstream is his prophecy about the death of the late Rufftwon records songstress, Ebony reigns.

Read Also  "Because of money, you have become a slave to small girl Tracey"-Netizens blast Christiana Awuni (video)
Share