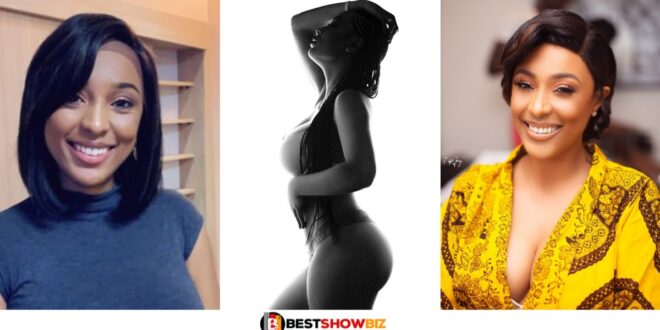 Nikki Samonas gets people talking with a Saucy Photo Online.

Nikki Samonas has recently published an extremely seductive photo, which has caused quite a bit of controversy on social media.

In the comment sections of the various social media platforms where she dropped the photos, Ghanaian actress who has won multiple awards has her fans salivating over her appearance.

Nikki Samonas was just wearing a bikini when the picture which she has captioned “The Body” was taken, so the majority of her body is seen in the image.

Even though it is a black and white photo, the key aspects of Nikki’s body that she wanted to highlight are still visible to anybody who looks at the photographs.

Read Also  Mechanic In trouble after crashing his client’s GMC Car worth 600,000 Cedis Whiles driving it In Town to show off (Video)