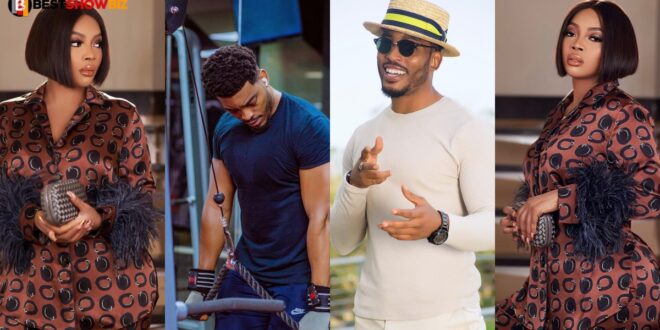 Nigerian television presenter Makinwa, forces James Gardiner to marry her after he saw her nakédn*ss

Toke Makinwa, a Nigerian radio and television host, begged Ghanaian actor James Gardiner to marry her immediately after he witnessed her nakedness on set.

Toke has reportedly been cast in an upcoming Nollywood film alongside other A-List Nigerian actors as well as a young Ghanaian actor.

Toke alleges that James ran into her in the locker room and had a field day feasting his eyes on her delectable physique.

Toke wants James to marry her in order to legitimize and ‘customize’ this experience, and she also expects ten cows from him.

“I am telling you that you have to marry me. You must slaughter ten cows. My eyes were very red. In a video released by Instablog9ja, she was heard saying, “I do not do broken boys.”

Take a look at how the two interact in the video below.