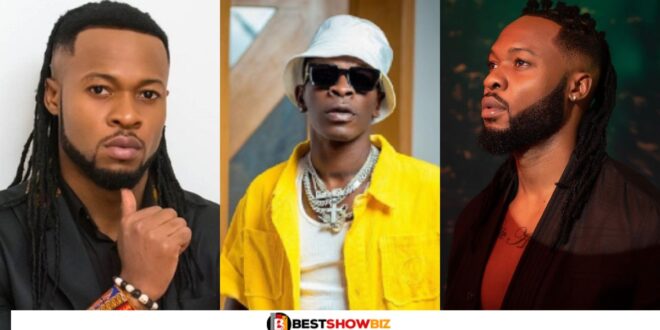 Shatta Wale has finally been vindicated for his aggressive assaults on Nigerians over the last two days for their purported planned plan to never support musicians other than their fellow compatriots.

The African Dancehall King has been nicknamed and labeled in a variety of derogatory terms, yet as we all know;

Carefree Shatta Wale is unconcerned by detractors’ insults and assaults as long as he feels he is speaking the truth.

The discussion about whether Nigerians support and promote Ghanaians and other African singers has raged on the internet for quite some time, and everyone appears to believe that Nigerians are greedy when it comes to promotion.

Well, during an interview, award-winning Nigerian artist Flavour openly confessed that Nigerians do not support and promote musicians from other nations.

During the interview, which elicited varied reactions from Nigerians, Flavour highlighted Diamond Platnumz as an example of why he feels Nigerians do not support other singers from various African nations.

According to Flavour, Diamond Platnumz has more fans than most of our global artists, yet his songs are hardly heard in Nigeria.

He went on to say that Nigerians’ lack of support for musicians from other African nations is one of the key reasons Kenyans have put heavy pressure on their government to prohibit Nigerian songs.