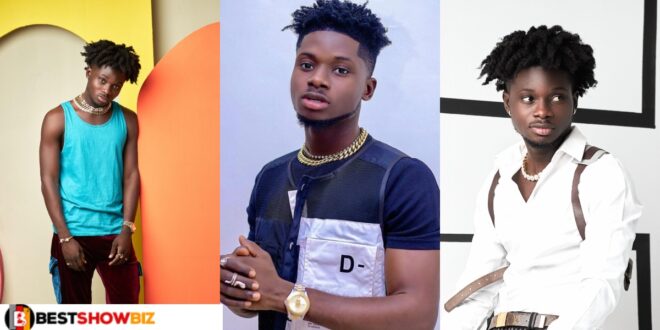 Kuami Eugene, a Lynx Entertainment signee, has publicly stated that Nigerian music is no better than Ghanaian music.

In comparison to Ghanaian music, Nigerian music appears to be performing well on the worldwide market.

Most of their musicians (Wizkid, Burna Boy, Davido, and others) have collaborated with top international artists to break through the ‘Music Market.’

Eugene thinks it’s a bit of a stretch to say Nigerians are doing better in the music industry than Ghanaians, especially when artists like himself, Shatta Wale, Kidi, and Sarkodie are putting out success after hit.

Nigerians are not making better music than Ghanaians, according to the ‘Bunker’ singer, but they do have some advantages that Ghanaians do not.

Kuami Eugene remarked that Nigerians have the finances and the numbers (remember, the country has over 200 million people) to support their music.

With a population of just over 30 million people, it’s difficult for Ghanaian music to thrive on the international stage.

Because of the large number of Nigerians, when an investor wants to invest in music, he will look to Nigeria first, rather than Ghana,” Eugene noted.