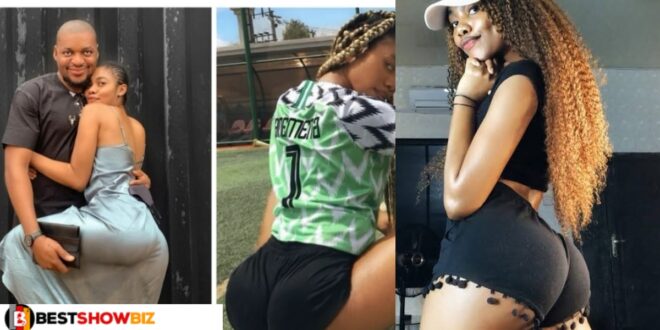 The ongoing feud between Instagram dancing queen Janemena and actress Tonto Dikeh has taken a new turn as bedroom photographs and videos allegedly belonging to Jane Mena have gone viral.

Tonto Dike has already intimated that her estranged partner, Prince Kpokpogri, had slept with Jane Mena, prior to the disclosure of these bedroom recordings and images, and she had shreds of evidence to back up her claims.

Following Tonto Dike’s hot remarks, the dancer has been the brunt of online jokes.

These latest bedroom photos and films, on the other hand, have become the talk of the town since they perfectly portray Jane Mena’s [email protected]

Jane posed [email protected] in front of her dressing mirror in a few of the photos.

Her bedroom actions with a man thought to be Prince Kpokpogri are also said to be among the others.

Despite Jane Mena’s earlier denial of Tonto Dike’s crazy charges of sleeping with Prince Kpokpogri, these photos and videos have led us all to believe there’s more to this story than blame games.

While the images and videos first surfaced on the Twitter account of Crusie Mistress, the breach is considered to have been perpetrated by infamous blogger GistLovers.

The images and videos aren’t available here, but you can see them on Twitter by browsing through @Gistlover’s timeline.