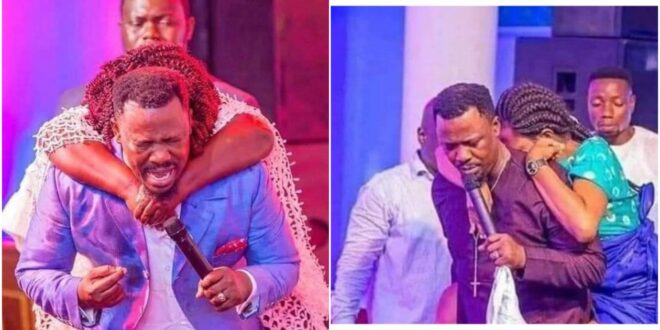 Founder and leader of Prophetic Hill Chapel, Prophet Nigel Gaisie has recently disclosed his weakness as a human being in an interview on Zylofon FM.

Speaking on the Taxi Driver show on the Accra based FM station, The NDC man of God who is noted for his many controversial prophecies, defied all odds and boldly confessed that his weakness is women.

According to Nigel Gaisie, women have been making advances at him but he tries as much as possible to turn them down and remains focused. “My greatest weakness is women. They make advances at me all the time but, I try to remain focused.”

He continued to confess that he is hooked with a child but “I have fallen for many of these temptations on several times”.

Nigel Gaisie also revealed that each time he is tempted, he tries to choose the reputation of his future and his mission as a man of God even though it’s very hard – adding that he is sometimes strengthened by God’s Anointing to conquer the temptations.