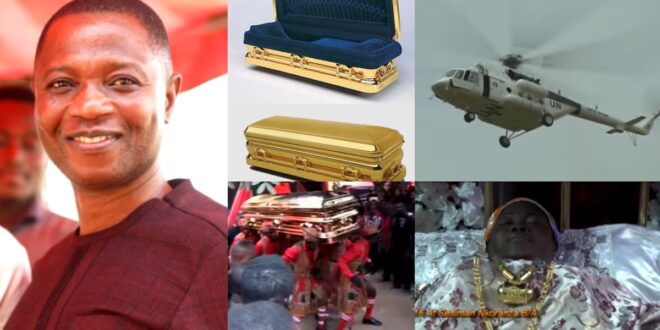 According to reports, the funeral of Nick Danso Abeam’s beloved mother, who died on March 16, 2016 at the Korle Bu teaching hospital, was the most expensive individual funeral rite in Ghana’s history. Madam Abena Achiaa’s funeral was held in Nkoranza, and guess what? She was buried in a golden casket.

Former President John Mahama, his beloved wife Lordina Mahama, and our new Vice President Dr. Bawumia were among the dignitaries who attended the funeral. This goes a long way toward proving that Mr. Nick Danso Abeam is a powerful figure.

To get the full picture, watch the video below.