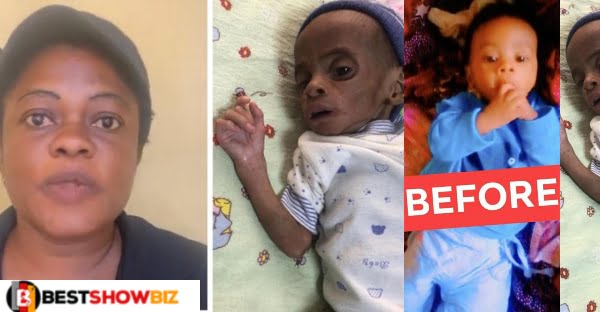 News Update: The woman who seized her employee’s baby and starve the baby to death arrested

The police in Lagos state have apprehended Miss Tina, the lady who is accused of taking her employee’s kid, who subsequently died, and abandoning it in the Ajah region of the state.

Miss Tina is believed to have taken custody of her employee’s five-month-old infant because she failed to pay a debt she owed her after assisting her with a medical bill.

After considerable persuasion, Miss Tina eventually relinquished custody of the kid to the mother, who was in a very bad condition due to the infant’s significant weight loss.

A new update on the case has been provided by activist Harrison Gwamnishu, who is calling for justice for the baby’s mother.

Read Also  It's a blessing to have lots of wives than side chicks - Dr. Kwaku Oteng reveals

The police officer stated that Ms Tina was taken into custody and kept at the Ajah Divisional Police Station.

We commend the division police for their job BUT want the case transferred to Homicide department SCID.

Thank you all for your support”