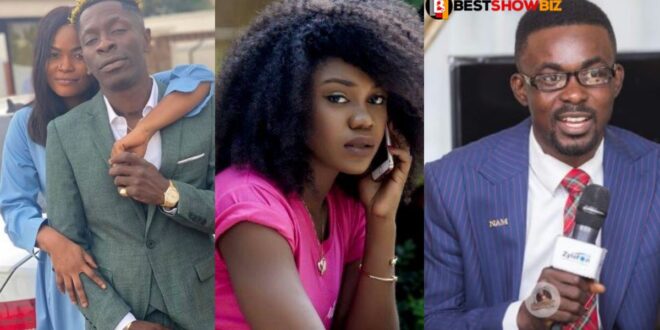 Menzgold’s and Zylofon Media’s NAM1. Magdalene, the CEO of Reign Clothing, has leveled yet another accusation against Michy, the mother of Shatta Wale’s kid, Majesty.

Magdalene, who says Michy has been slandering her over her separation from Shatta Wale, believes Michy was the one who brought their relationship to an end.

Magdalene Love said in a new video on her Instagram page that Michy became arrogant and disrespected Shatta Wale after beginning an affair with NAM1.

Michy was so enamored with NAM1 that she fought Becca for him, according to the Reign Clothing CEO.

Michy will phone to criticize Becca whenever Magdalene tries to reach NAM1 and discovers he is with Becca, according to Magdalene.