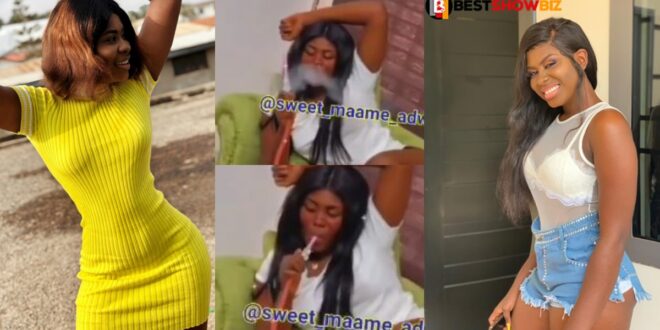 This time, it is not only about Jackson wearing a provocative outfit; she is also ratcheting up her ‘hard girl’ persona.

The 3hw3 Papa singer was caught smoking shisha like it was nobody’s business, and she did it with ease.

Yaa Jackson was seen in a video spotted by Bestshowbiz.com wearing a white short dress and lounging on a green couch.

The cheerful-looking Jackson inhaled the smoke from the shisha tube he was holding. Jackson did not exhale the smoke via her lips after inhaling it; instead, she did so through her nose.