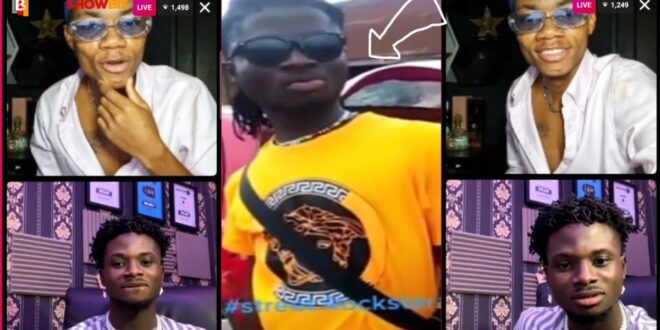 Kuami Eugene, a Lynx Entertainment signee, has reacted to his lookalike’s viral video of him hungrily munching roasted corn on the street.

Remember how a TikTok video of Kuami Eugene’s lookalike got people talking on social media?

As previously reported, the young man has a remarkable likeness to the “Angella” hitmaker.

The way the guy chewed the roasted corn as though he had not eaten in days had a lot of people talking about the video.

Kuami Eugene and his colleague Kidi were in a live stream on Instagram reacting to the footage, asking their fans to select a stage name for the person who looks just like him.

Two Lynx Entertainment signees recommended he (Eugene’s doppelganger) be named Black Sherif and Kwame Corn in the video, which we saw.

The video by Kuami Eugena and KiDi was released on July 3rd, which was World Ice Cream Day.