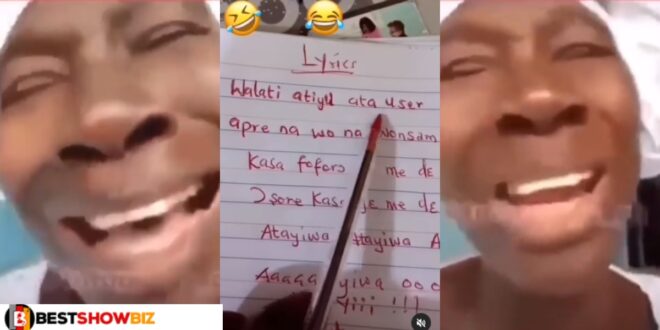 ‘Butchering’ the lyrics of a popular Christian chorus, ‘What should I say unto the Lord,’ the renowned gospel musician resurrected her fame on the music industry a few weeks ago.

Cecilia’s botched performance of the song later became a source of public amusement and mockery across all social media channels. On Tiktok, for example, a slew of users made viral videos imitating her amusing blunders with the English lyrics.

Another video of Cecilia Marfo has suddenly surfaced while the hoopla surrounding the “what shawa say” video dies down. She didn’t sing in English this time, but in dialects blended with Twi.

The gospel singer was clothed in her regular white gown and hat in the video, and she appeared solemn.