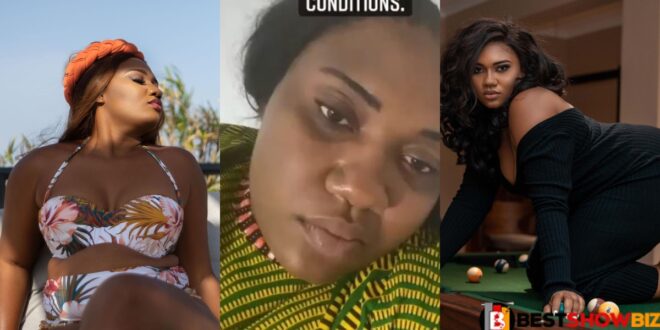 Former TV3 presenter Abena Korkor has appeared once again after her recent rants and this time she is spotted receiving medical care at the hospital.

The Ghanaian health advocate, who has previously stated that she is a bipolar sufferer, shared a three-second video of herself laying in bed while being attended to on her Instagram page.

As per her, dealing with the new dosage for her ailment has been difficult, and she has prayed for other remedies.

Abena Korkor said in the description of the video she shared:

Whatever it is, we overcome! I pray for alternative therapies instead of all increasing doses. You get like only two hours of strength in a day. Until then, we stay strong!”