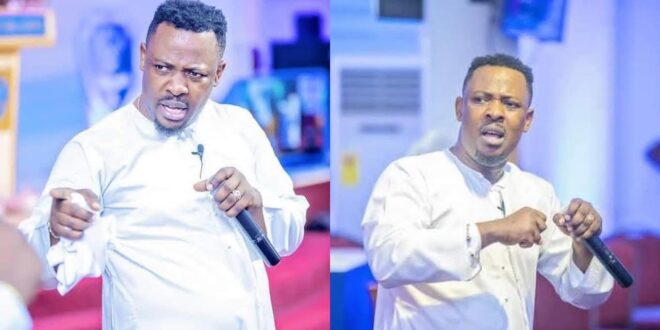 Prophet Nigel Gaisie, the founder and leader of the Prophetic Hill Chapel, has predicted in another video that popular Ghanaian Hiplife artist and president of the Pa2Pa soldiers, Patapaa, will be killed in a planned accident.

Prophet Nigel Gaisie recently revealed this to his congregation while proclaiming some prophecies God has clearly given him about prominent figures in the country’s creative industry.

The self-acclaimed man of God emphatically stated that the planned mishap will not work and that some people have taken the artist to a fetish priest (juju), which will also fail.

He also predicted Stonebwoy, Efya, and another artist who he claims does not show even a smidgeon of respect, in addition to Patapaa.

He stated categorically that he saw Stonebwoy and vocalist Efya, in addition to the A-list artist he will not name, in a room due to a lack of respect, but the two had the option to leave, leaving the other artist.